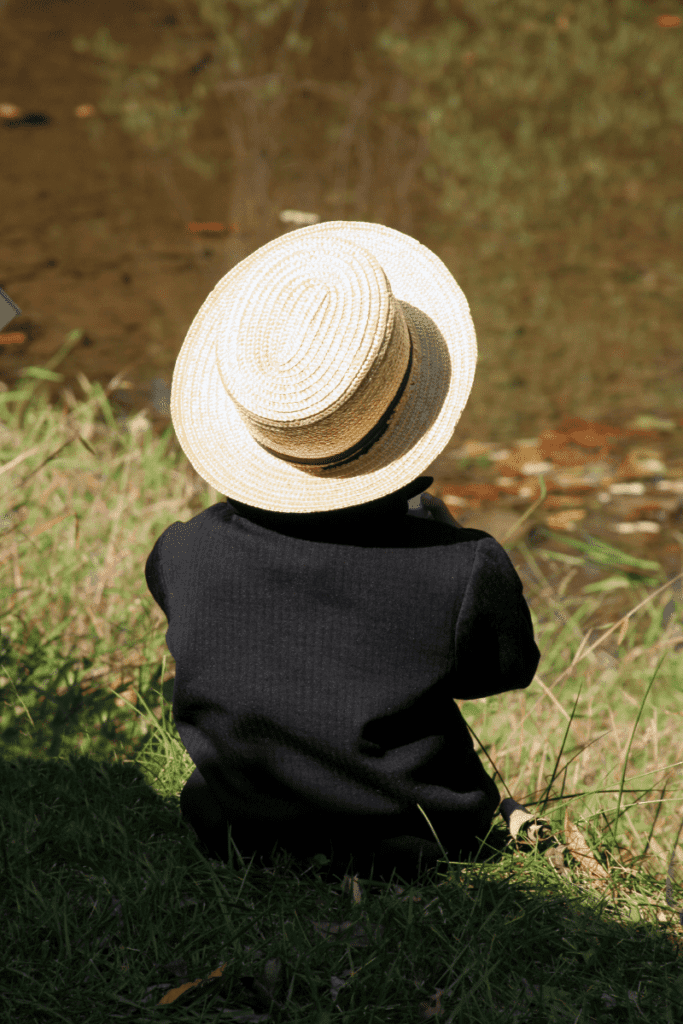 So I have been tossing the idea of creating YouTube videos to give a few lessons and teach a few basic Pennsylvania Dutch words and phrases. I’m in the process of trying to get that started on my YouTube channel at My Amish Heritage.

I’m not sure how in-depth I will be going with teaching the Amish language? Because as I contemplate teaching Pennsylvania Dutch, I realize just how difficult it will be. It is not a written language, and there are no grammar rules. Pennsylvania Dutch is a dialect. It is a mixture of three languages: German, Dutch, and English.

So, I’m not sure yet how many lessons I will be posting on YouTube? But I will give at least a few lessons on simple Pennsylvania Dutch phrases and words.

I grew up speaking Pennsylvania Dutch, and it was my first language. I learned how to speak English before I started school, but I spoke Pennsylvania Dutch pretty much every single day of my life until I left home at age twenty-five.

My oldest daughter’s first language was Pennsylvania Dutch because I thought it was weird to talk to babies in English. But my husband and I never spoke Dutch to each other, and my daughter’s friends didn’t speak Dutch. So slowly over time, she started answering me in English. And sadly, we lost the Pennsylvania Dutch. It just happened without me thinking about it. When you’re not around people that speak the language, you lose it.

My kids are sad now that they don’t know the Pennsylvania Dutch language. And of course, when we get together with my family, our kids wish they could understand it. I could still teach it to them, but it is a lot harder to learn a language than it is to grow up with it.

And the saying, “If you don’t use it, you lose it”, is definitely true. I have not been speaking Pennsylvania Dutch very much for the last twenty years, so I am pretty rusty at it. I can understand it all perfectly. But when I try to speak it, I stumble around trying to find the right words.

None of my kids can speak the Amish Dutch language. But my second daughter has been wanting to learn German. So she’s been taking some lessons on Duolingo. And it has been interesting to compare PA Dutch words with her German words. A lot of words are similar, and I know what the German word means. But we would pronounce the word a little differently in PA Dutch.

In our church, we used the German and English Bibles. It had German on the one side and English on the other. My dad made sure we learned the German alphabet. So, I could read German, although I stumbled around a lot. And I could not really understand what I was reading most of the time.

So obviously, I would not be able to carry a conversation with a German person. But I would be able to understand a few words because Pennsylvania Dutch has German words mixed in.

How to say Hello in Pennsylvania Dutch

“Hello” in PA Dutch is basically the same as in English. Because of the Dutch accent, it is said with a little more of a “Hallo” sound. And that is one reason why I thought that giving lessons on YouTube would be more beneficial than just writing the words. Because you probably won’t know how to pronounce the words without hearing the accent.

PA Dutch for “Hello, how are you?” is “Hallo, vie bisht du?” I believe in German ‘Vie” would be spelled with a “w” as in “Wie”. And some people may spell it like that in the PA Dutch. But it sounds like a “v” so that is how I would spell it.

“Good morning” is translated as “Gude Mariye”. Although we weren’t really that Dutchified. At our house, I think we always just said “Good Morning”.

Some Amish use more Dutch or German words for everything. But we used a lot more English words in our Pennsylvania Dutch.

You= dich or du

How to speak Amish

It would probably take a long time to become fluent in Pennsylvania Dutch. And you’d probably have to live with someone for a while that spoke the language.

I keep seeing people asking if they could join the Amish. You would have to learn their language because they speak Pennsylvania Dutch all the time, and their sermons are all preached in PA Dutch and German. So, you would have to be very dedicated and give up all your modern conveniences. I would encourage anyone that thinks they want to join the Amish to check out the conservative Mennonites first. It would be a lot easier to join the Beachy Amish/Mennonites. They speak English, and they have a lot of the same values as the Amish.

Watch my YouTube video to learn to speak Pennsylvania Dutch

So I have created my first ever YouTube video to teach you how to speak PA Dutch. Click on this link (Learn Pennsylvania Dutch lesson # 1), and don’t forget to hit the subscribe button (little bell icon) on my video, so that you get notified whenever I upload another lesson.

And I just discovered that Amazon sells a “Pennsylvania German” book that looks like it may have some spelling and grammar rules for this language. I may have to buy one of these for myself, to help in teaching the language because I have never seen any grammar rules.

Some years ago, I got to see a New Testament that some Amish people translated into PA Dutch. I don’t know how many people actually use it, but I found it rather interesting. And maybe they have been trying to make it into a written language.

Although the translation was done by Amish from Ohio, so some of the Dutch is a little different from what I speak. As there are differences in the Pennsylvania Dutch spoken by Amish from different areas. Whenever an Amish person from Ohio speaks really fast, I have a difficult time understanding them. Because they have a bit of a different accent and they roll their R’s. Plus sometimes they have different words for the same thing.

More posts about the Amish that you may enjoy reading…

Difference between Amish and Mennonites

Questions and Answers about the Amish

AMAZON DISCLOSURE: I am a participant in the Amazon Services LLC Associates Program, an affiliate advertising program designed to provide a means for me to earn fees by linking to Amazon.com and affiliated sites. If you click on the link I may earn a small commission at no extra cost to you. Thank you