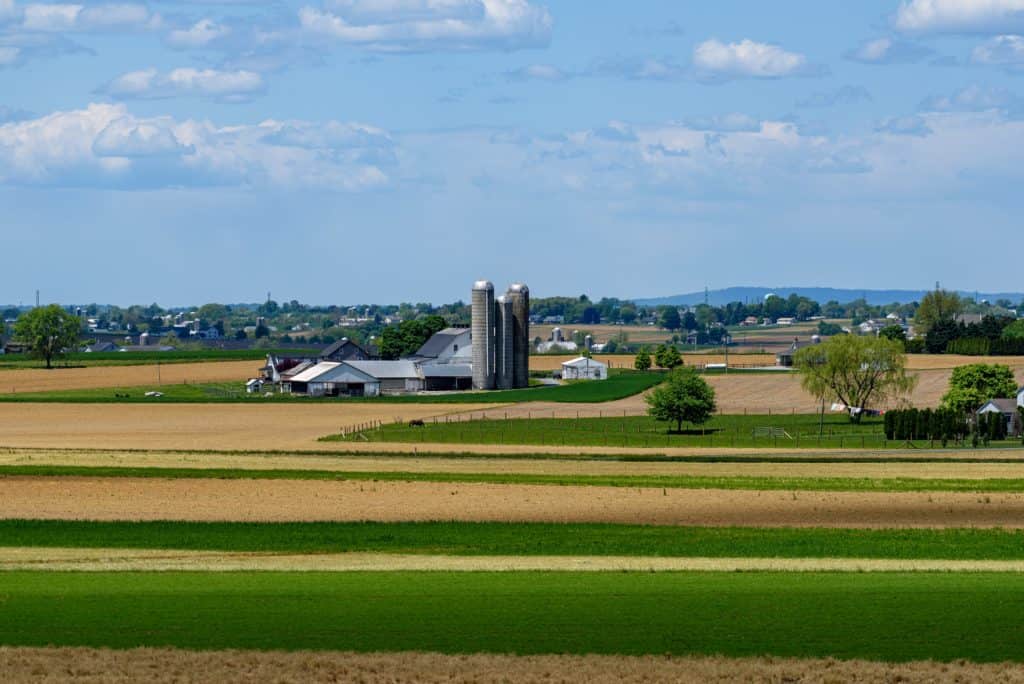 What is the difference between Amish and Mennonite?

A lot of people seem to have the question, what exactly is the difference between Amish and Mennonite? I grew up Amish and later joined the Mennonites. So I will try to give some insight into this question and point out some differences between Mennonites and Amish.

The Swartzentruber and Nebraskan Amish are some of the plainest groups, with no motors or indoor bathrooms. They wear only long-sleeved dark-colored clothing, and there are many other little differences in their rules too.

The Old Order Amish have indoor plumbing and are allowed a few more modern conveniences.

I left the New Order Amish and joined the Beachy Amish/Mennonites because I wanted a car, and I liked their dress style better. They were also allowed to have cameras, listen to acapella music, and had a church house. But otherwise, they were pretty much the same.

The Beachy group is called Amish Mennonite. Because they are an in-between group, having some resemblance to Amish and Mennonite.

In my opinion, the dividing line between Amish and Mennonite is the horse and buggy. Although that’s not totally true, because the Wenger Mennonites (known as horse and buggy Mennonites) are Mennonite in name, but they are more like the Old Order Amish than Mennonites.

There are so many little differences in their rules, and if you pay attention, you can identify them by the difference between Amish and Mennonite dress.

As stated, one of the biggest differences between Amish vs. Mennonites is the horse and buggy, and none of the Mennonites (even the Beachy Amish/Mennonites) would be happy if you referred to them as being Amish.

Funny thing is, a lot of the plain groups tend to look down on the ones that are plainer than them. And they think that their rules are ridiculous when in reality theirs are not much different. But when so much of your life is based on your rules and the things you do and don’t do; it’s so easy to judge others and be blind to your issues.

How are Amish and Mennonites the same?

The Amish and Mennonites all come from the group of Anabaptists, that broke away from the Catholic church in Europe. So they still hold to many of the same values and doctrines of the Bible.

My parents got the book, called “Doctrines of the Bible” by Daniel Kauffman, for each one of us children. And if you really want to know the doctrines and beliefs of the New Order Amish and Mennonites, you will find them in this book.

The New Order churches have these same beliefs and doctrines as the Mennonites. But the Old Order and plainer Amish have some different beliefs.

Some of the doctrines that the Amish and Mennonites all agree on are:

#1. They believe in the Trinity (God the Father, Son, and Holy Spirit are One).

#2. They believe that Jesus is God’s Son, and He died for our sins, rising again on the third day.

#3. Creation, as taught in Genesis chapter one.

#4. They believe in adult baptism instead of infant baptism.

#5. Heaven and hell are literal places, and we will spend eternity at one or the other.

#6. Non-resistance (taking the Scripture from Matthew where it says, “If a man smites thee on the right cheek, turn to him the other also.”).

There are several other doctrines that most of the Amish and Mennonites agree on, except for the more liberal Mennonites.

There are liberal Mennonite groups that are only Mennonite in name, but they don’t look any different than the rest of the world. So I’m honestly not sure why they are still called Mennonite? I always thought that the dividing line was the head covering. And if the women didn’t wear a head covering, they weren’t Mennonite, but I guess that isn’t the case.

But the women’s head covering, although it is worn in varying shapes and sizes, is a huge part of the Amish and Mennonite culture. Divorce and remarriage are forbidden. They practice the taking of communion and foot washing, as Jesus did with his disciples. And they teach Nonconformity to the world.

The biggest difference between Amish and Mennonite beliefs

The plainer Amish (who are called ‘nidda’ Amish, translated as low Amish) and the Old Order groups believe that Jesus died for their sins, but they still teach a works-based salvation. It doesn’t make sense, but I guess they think that His atonement alone was not enough to save us.

So they teach that if you are Amish, keep all the commandments in the Bible, and are good enough, then hopefully you will make it to heaven. And because they are trusting in their works, sadly, many of them are not saved. They are under a heavy burden of condemnation.

Life is hard if you are trying to please God with your good works. And you have no peace because you are never sure if you are good enough for Him to accept you. Honestly, a lot of the Amish live the way they do because they think they have to do these things to get to heaven. And yet they are still not sure if they will make it to heaven.

The New Order Amish and the Mennonites, however, teach salvation by Grace through Faith in Jesus. They encourage Bible reading and a personal relationship with God. And they are also mission-minded, wanting to share the Gospel with outsiders and even witnessing to the works-based Amish. So this is definitely one of the biggest differences between the Mennonites and Amish. And that is why I say that the New Order Amish are almost more like the conservative Mennonites because they teach the same doctrines.

Mennonites worship in a church building

And since each church decides its own rules, there are a lot of differences, even among churches in the same order.

There are some very distinct differences between Amish and Mennonite clothing.

The plain Amish women sew all of their clothing. But usually, the more liberal Amish are allowed to wear some store-bought clothing such as coats, sweaters, shirts, etc. However, they sew their own dresses and pants simply because you cannot buy the style that they have to wear. Although in more recent years, there are a few small businesses that sell some Amish homemade clothing.

A lot of the Amish men wear broad fall pants with suspenders. They wear big beards and a broad-rimmed hat on their head. The more liberal Amish men are allowed to trim their beards, and they look more cleaned up. The Mennonite men vary in appearance, some wear beards, and some do not. Many of them buy all of their clothing, and they do not stand out as different from the world.

Each church is different. And there are so many little details that are included in their dress rules. You probably will not notice many of the differences unless you grew up in a plain circle. Then you understand how much those details matter to them and can often determine what kind of church they belong to by their appearance.

In Conclusion about Amish and Mennonites…

So, in conclusion, you can tell that there are a lot of differences between the Amish and Mennonites and between each individual church. But they all have a set of standards and rules that everyone must follow, whether they are conservative or liberal. The church decides the rules, and the preachers make sure the rules are followed. If you do not like the rules you can always leave and go to a different church (unless of, course, your parents don’t let you).

But you cannot be a member of the church and disobey the rules. You may get by with a few little things. But if you keep breaking any major rules and the preachers warn you, you will eventually get excommunicated if you do not conform.

More posts about the Amish…

A Day in the Life of an Amish Woman

5 thoughts on “Difference Between Amish and Mennonite”